One can make a difference

I heard a story this week about a monk named Almachius and how he tried to separate two gladiators in an effort to put an end to gladiator games – at the time a culturally acceptable social sport.  Spectators would regularly fill the coliseum to cheer on the gladiators as they fought until the game ended in bloodshed.  Almachius bravely went into the arena in order to stop the gladiators in the name of God and sadly he was stoned to death.  However, it was the death of Saint Almachius that awakened the people to reject status quo and reject this form of violent entertainment.  It was ultimately his death that prompted the emperor to put an end to the gladiator games.

Can a leader make a difference?  “Leadership Lessons from Dancing Guy” is video that I have used for many presentations.  It is another example showing that one person has the power to make a difference and make a movement happen.  The video shows a spectator at an outdoor concert enjoying the music and publicly dancing alone.  Slowly others start to join in and dance with him.  Derek Sivers did an outstanding job later providing narration to the video of the dancing guy and outlining the leadership lessons we can learn:
“A leader needs the guts to stand alone and look ridiculous….Now comes the first follower with a crucial role: he publicly shows everyone how to follow….the first follower transforms a lone nut into a leader.  If the leader is the flint, the first follower is the spark that makes the fire.”

Saint Almachius is the flint and started an individual protest to end the gladiator games in a public place.  Similarly, the dancing guy was a flint and made his movement in public.  The first spectator that made a move to leave the games was the spark.  Similar to the first person who stood up and started dancing alongside the dancing guy – it was this first person that was the key.  In both cases, other spectators then followed.

So, what really prompted the emperor to put an end to the gladiator games – was it the brutal death of the monk or was it the spectators that were distressed by the event and left the games?  Likely it was a combination of both but would not have happened without the flint and the spark.

Another example is the “Free Hugs” campaign, a selfless act inspired by Juan Mann in 2004.  Distraught by personal difficulties and arriving in his home town airport with no family or friends there to welcome him home, Juan decided to go on a mission to offer free hugs to strangers in public places in order to brighten their day.  He made a cardboard sign with the words “Free Hugs” and stood on a street busy with pedestrians.  Similar to Saint Almachius and the dancing guy, Juan Mann made his movement alone in a public place.  Again, the spark was the first person who stopped and hugged him. Juan was the flint and the elderly lady that first stopped to hug him was the spark for a “random act of kindness” movement now involving individuals all over the world.  The first Saturday of July is dedicated to International Free Hugs Day. (Interesting note: see the campaign site to read more about how public liability caused the movement to get banned in some communities - http://www.freehugscampaign.org/)

You can make a difference! Will you be the flint or the spark?

Posted by Barb Brown at 9:37 PM No comments: 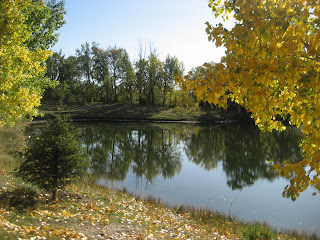 I started my academic sabbatical this school year and thought I would take some time to reflect on my experience so far…
My overall goal for the year is to collect data for my doctoral research and write the dissertation.  I find it really helpful to meet with my supervisor every two weeks for a Skype conference to follow up on short-term goals and discuss progress.
I now understand why former students recommended that it is critical to select a research topic/question that really captures your interest.  It would be difficult to continue wrestling with a topic that no longer is of interest to you. Luckily, I am still fascinated with my topic in the area of educational technology and leadership.  I am interested in examining the innovative leadership practices or specific actions of principals involved in making real improvements while integrating technology in teaching and learning.  I am also interested in exploring how principals utilize social and technological networks to support learning. Unquestionably, the sabbatical has met my expectation to dedicate time to research and writing.   However, it is also the unexpected benefits that leave me feeling in awe and thankful each day.
I am thankful for so many things including the beauty that surrounds me. Fall has always been my favourite season.  The beauty of the trees and leaves in the fall never cease to amaze me.  I am also thankful for taking time to notice the things that have been around me all along and I previously missed. For example, I noticed a group of birds (not sure on the type…) congregated in a large circle on a school field.  They looked like they were having an organized meeting and discussing important matters.  Later on, my son and I passed by the field again and interestingly they were still in the same formation.  Days later, we passed again and they were no longer in a circle but now in smaller groups evenly spaced out throughout the field.  We passed by today and they were no longer there.  My hope is to continue finding and appreciating the hidden gems this year.
Posted by Barb Brown at 9:52 AM 1 comment:

Barb Brown
Dr. Brown is a teacher and former educational technology supervisor for a K-12 school district. She currently teaches online masters and doctoral students at the University of Calgary.